Imagine owning a vineyard in the famous Rutherglen region of Victoria – home to some of the country’s greatest Fortifieds. You’d finish a hard day out in the vines with a nip of Muscat as you sit on the veranda watching the sun sink over the property.

Romantic notion but as Nick Brown from All Saints Estate will attest, the reality isn’t quite that serene.

Nick and his sisters Eliza and Angela are part of Australia’s new breed of young gun wine makers. They’re also one generation of the esteemed Brown Family, makers of Victorian wine for over 100 years and easily one of the most recognised names in the business.

They took over the full ownership of All Saints Estate & St Leonards Vineyard in 2005 following the sudden death of their father, Peter Brown in November 2005.

Travel down the old Elm tree driveway towards the castle-like building (made entirely by hand using bricks created alongside the nearby Murray River) and you instantly see why this is one of the jewels in the crown of Australian wine making. Indeed – All Saints Estate is in the midst of celebrating a milestone anniversary. For 150 consecutive years this property has produced wine without skipping a beat. With that kind of legacy, you’d expect the new breed to know exactly what they’re doing…

Nick grew up following his father Peter around, learning hands-on how to steer and care take the winery through its distinct seasons. But that didn’t stop him heading over to Adelaide for a four-year course in wine making just to make sure he was technically up to scratch and his ‘new’ wine making skills were honed.

The result is a deliberate shift away from focusing exclusively on Fortifieds and the introduction of high quality table wines. It was a bold shift, but one that has helped establish the trio as serious and talented modern-day wine makers. Coming from such a respected wine making family with so much history can be a double-edged sword; it is humbling but there’s also a sense of responsibility; a desire to not ‘stuff up’ the family name.

So are the siblings doing the family proud?

According to Nick, it’s a lot of hard work but they’re ‘on a good track and giving it a go’ and by all accounts, it looks like they might even have some budding wine makers in the latest generation to one day carry the baton. But for now – the role lies with these three.

Eliza’s the eldest so that makes her the boss – she’s in charge of Finances, the Wine Club, and front of house. Angela manages marketing, sales, graphics etc and Nick’s the head winemaker and caretaker of the property.

For Nick it’s a role he relishes. Every season is distinct, every day is different. With his loyal Border Collie Molly sticking to him like a shadow, one day he might be out in the vineyards checking that vines are pruned correctly; then trouble shooting machinery problems. The next he might be ordering in thousands of bottles and labels, or coordinating the pressing of the grapes. Another day he might jump in the car and head either way along the Hume Highway to meet clients and sell wine.

The Holden Colorado LTZ helps do all that. It’s the top-of-the-range model; the kind of car that will be a winery workhorse as well as deliver on the luxuries that make hours along the Hume that much more tolerable. Features like the 4WD, which can kick in at literally the turn of a dial, gets Nick’s seal of approval for the often rugged terrain along the Murray River area of All Saints’ property.

Country life doesn’t mean things move slowly at All Saints Estate. On the contrary, it’s usually a hive of activity with kids and animals running around, visitors in awe of the estate and not always looking where they’re going, tractors and heavy machinery moving in and out constantly; all these make the reverse camera a much-appreciated feature of the LTZ.

Although the Colorado is well-equipped to handle tough country living, it’s equally competent in the big smoke. Leather appointed seats, power adjustable side mirrors and driver’s seat, an interactive screen controlling radio, telephone, Satnav and more make the car look and feel totally at home during business trips to the city.

But you get the impression Nick is happiest back in Rutherglen.

We sit with him in the private Family Cellar surrounded by literally thousands of coveted and genuinely historic bottles. As he chats we get the sense that here is a son, a brother, a father and an uncle who is here to look after his family, their vines, their brand and one day hand it over safe and sound to the family’s next young guns.

Meet The Other Guys: 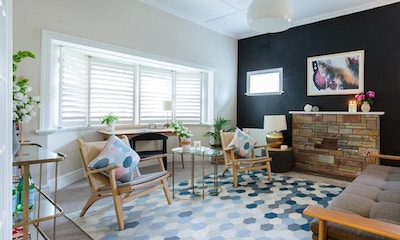 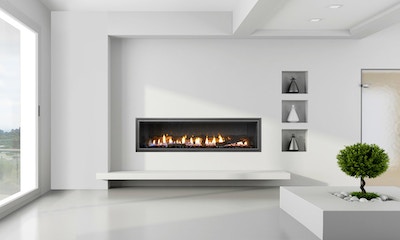 So this is the winter that you’ve decided to put in a gas fire – lucky you’ve waited because it’s almost here! ... 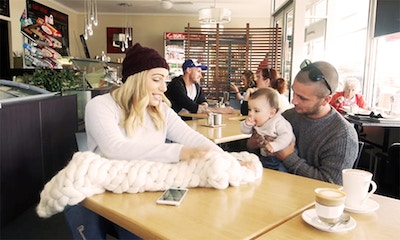 In the second episode we see the house begin to take shape, and Bec begins making decor decisions....